If you have an issue you'd like to raise or would like to know more about the Council's Sreet Care services, come along to Shireway Community Association at 7pm on Thursday 2nd December for the Frome Vale Area Forum.
Posted by Unknown at 15:00 No comments: 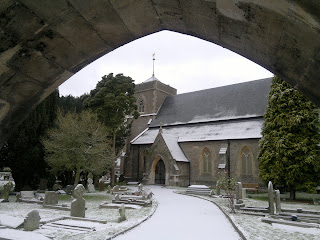 With the possibility of more snow on the way, now would be a good time to bookmark South Glos Council's snow page, which gives up to date information about any services affected by the weather.
Posted by Unknown at 09:55 No comments:

Email ThisBlogThis!Share to TwitterShare to FacebookShare to Pinterest
Labels: snow

The UK Youth Parliament are launching a huge new survey for children and young people across the South West who are or have ever been bullied, as part of their regional anti-bullying campaign. You can fill in the survey online. It closes on Friday 17th December 2010.
Posted by Unknown at 09:15 No comments:

Residents and local councillor Claire Young met a highways engineer in Nibley Lane this morning to look at changes to the yellow lines there. Following the recent resurfacing, the lines needed reinstating, but having seen "no parking" cones all the way down to the river, residents were concerned the double yellow lines might extend that far. The engineer was able to reassure everyone that the cones were actually there to keep the road clear so it could be swept.

Residents wanted double yellow lines around the junction with the Badminton Road to be reinstated, as there have been problems with cars parking there, but wanted the road outside Rockleigh to be free of restrictions. On the other side of the road, it was agreed to take the yellow lines down to the entrance of the Bird Farm to make it easier for people exiting. The engineer sprayed yellow paint to show where the lines should now end and said the Traffic Regulation Order (TRO) relating to the lines would be amended when they were tidying up all the TROs for the restrictions around the new council offices.
Posted by Unknown at 15:54 No comments:

Finding out what matters to you 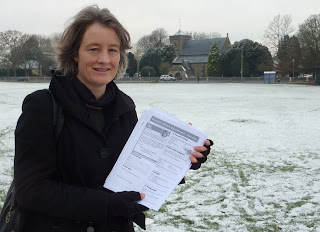 Your local Focus Team has been busy knocking on doors with surveys to find out the issues that matter to you. If you're not in when we call, please return the survey to the Freepost address (no stamp required!) and if you'd like to talk to us about an issue, please contact us using the details on this site.
Posted by Unknown at 12:15 No comments:

Email ThisBlogThis!Share to TwitterShare to FacebookShare to Pinterest
Labels: surveys

Have your say on nuclear power station proposals

The Department of Energy and Climate Change (DECC) will be holding a consultation event in Thornbury next month. It will give local residents the chance to hear how the Government’s proposed policies for energy have changed and also to ask questions about the inclusion of Oldbury in the list of potential new nuclear power stations.

The Joint Waste Core Strategy is a planning document that sets out where waste facilities should be provided in the West of England. It is currently going through its independent Examination by the Planning Inspectorate and the hearing sessions finished on Tuesday. Yate Town Council made representations about the plans for a waste facility on the trading estate to the edge of Yate.

On Wednesday, the West of England authorities submitted their proposed changes. There is no further consultation. The Inspector will now consider all the information in preparing his factual report for the Partnership Authorities. It is anticipated this will be no later than 28th January 2011. The Inspector's final report will follow. Further information will be available on the West of England website as it becomes available.
Posted by Unknown at 09:15 No comments: 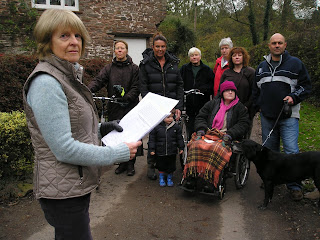 Local residents are campaigning for Frampton End Road to be closed to through traffic.

The single track road between Frampton Cotterell and Iron Acton, which forms part of the Frome Valley Walkway, has numerous blind bends and in many places has no verges for people to escape to if a vehicle comes speeding along. A number of animals have been killed or injured in accidents and residents think it is only a matter of time before a human life is lost. Ramblers, horse riders and cyclists are backing the campaign.

You can read more, including a link to an electronic version of the petition, on the Gazette website.
Posted by Unknown at 10:51 No comments:

The new recycling services start on Monday (22nd November). You should receive your new containers by Sunday afternoon, but some people won't get their plastic bottle bags due to the ship carrying them being delayed. Instead you will be given two large clear plastic bags as a temporary measure or you can use any other sturdy re-usable bag you might have, such as an Ikea bag or a "bag for life". Don't use lightweight plastic carrier bags. If you haven't received your new containers by Sunday evening, please ring the Contact Centre on on 01454 868000 Monday to let them know. This is also the number to ring if you have any other enquiries.

Some people are concerned about the fact cardboard will no longer be allowed in the green bins. Initially, the advice was to put it inside the largest cardboard box you are sending for recycling or to put it under your green been. Now we are told you can place cardboard in a sturdy re-usable bag and place it by the side of the bins. The cardboard will be collected and the bag returned.
Posted by Unknown at 16:16 No comments:

Do you know someone who would like help getting online?

If you know someone who would benefit from being online but isn't, point them in the direction of a session being run in Yate libary in association with the BBC's First Click campaign.

First Click provides an easy to use website which teaches the basic skills required to use the internet. The South Gloucestershire community learning team will be available at a drop-in session between 10.30am and 12.30pm on Monday 29th November in Yate Libary to give people a helping hand. Community learning will be running free IT courses at selected libraries in the New Year. People attending the drop in sessions will have the opportunity to enrol on them.

You can find out more about the First Click campaign online.
Posted by Unknown at 15:12 No comments:

Resurfacing of the A432 in Yate

From today, Stover Road will be closed and the lights at the junction with the A432 Badminton Road will be replaced with temporary ones so that the road can be resurfaced and the detector-loops cut. The estimated completion date is 17 November.

Similar work is being carried out at the junction of Station Road and Cranleigh Court Road. It's hoped this will finish by Sunday.
Posted by Unknown at 21:18 1 comment:

Local transport campaigners are celebrating the news that you will soon be able to travel anywhere in Yate & Chipping Sodbury for £1. The flat rate will apply on all buses within the towns run by Wessex Connect and Severnside Transport buses.

Yate Town Councillor Chris Willmore said, “This is something we’ve been fighting for for over three years. It makes taking a bus within the town cheaper and simpler. People will be able to get on the bus knowing exactly how much it will cost them and knowing it won’t be an arm and a leg.”

Cllr Sue Walker, Chair of Friends of Yate Station, said, “Now it’s cheap enough, we all need to get out there and use the buses so we don’t lose them. This flat rate fare will be a real boon for rail users, who up to now have had to fork out nearly as much for the short bus ride to the station as they have for their rail tickets in some cases. Taking a bus to the station and then travelling further afield will now be a real option for many more people.”

This is great news for people living in Yate and Chipping Sodbury, including the Stover Road area, but Westerleigh councillor Claire Young would like to see something similar for the surrounding villages. “When it can cost over half as much to get the bus from Coalpit Heath to Yate station as it does for the train trip from there to Bristol and back, it’s no wonder people are put off using the services.”

The Hopper ticket will cost just £1 single or £1.50 return and will be valid in a zone extending from St Johns Way, Chipping Sodbury in the East to the Badminton Road Council offices in the West.

The following services will be covered by the Hopper ticket:

Please note that if you buy a return ticket, you will need to use the same company's buses coming back.
Posted by Unknown at 09:15 No comments: 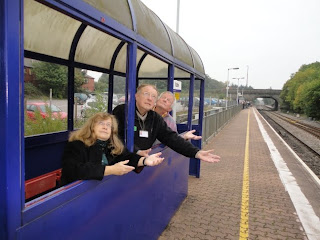 Local rail campaigners are winning their battle to keep Yate commuters dry this winter. Last month, rail user Chris Willmore slammed First Great Western’s decision to leave Yate commuters with no shelter from the rain after Perspex panels in the shelters were destroyed by vandals. At Monday’s Friends of Yate Station meeting, she and other campaigners met representatives of the rail company face to face to push for action.

After the meeting, Chris Willmore said, “First Great Western are now investigating using the sort of metal mesh with holes that Yate Town Council has used successfully on its bus shelters, such as the one on Church Road. We are delighted, as this will give a longer term, vandal-resistant solution. Anyone who has waited for a train in the recent wet and windy weather will be keen for the shelters to be fixed as soon as possible.”

From Monday, South Glos suspended the routine mechanical sweeping programme to concentrate on clearing leaf fall - targetting known problem areas and responding to requests from residents reported through the Street Care Helpdesk. Initially the sweeping programme will be suspended for three weeks.