Construction will start next month on the new units on East Walk opposite Tesco at Yate.

The largest unit will be M&S Simply Food. Sports Direct's unit will be spread across two floors, and Costa Coffee is taking a smaller unit. There is also another small unit which has not yet been let. Work is expected to be complete by March 2013.

As part of the East Walk shops development, the existing public conveniences in Yate Shopping Centre will close on 7th October for demolition. Good quality temporary toilets will be open on West Walk from 8th October while permanent toilets are built near the Westgate Centre.
Posted by Unknown at 09:15 No comments:

Two local roads will be closed temporarily to allow deep cleaning to take place. Nibley Lane between Badminton Road and Westerleigh Road is expected to be closed from 9.30am until 2.30pm on Wednesday 26th September 2012 and Coalsack Lane will be closed on Monday 1st October.
Posted by Unknown at 01:21 No comments:

SITA have just tweeted:  "We’re pleased to advise that the Yate recycling centre in South Glos will be open on Mon 24 Sep (8am - 6.30pm). Normal service resumed"
Posted by Paul Hulbert at 18:45 No comments:

South Glos Council has announced that the SITA Recycling Centre at Collett Road will be closed until further notice.

No details have been given but we imagine it's connected to a Post report of a major rubbish fire in nearby Dean Road early this morning.

Many residents are concerned about the state of Badminton Road through Coalpit Heath. Not only is the uneven surface dangerous, it also increases the noise of passing lorries. Claire Young has met officers on site several times to discuss residents' concerns.

In August, officers carried out a “walk through” of Badminton Road. They have highlighted three areas of priority:
They do not believe they will be able to get all three priorities completed in this financial year, although they can not be sure of the exact costs at this stage. They have already been tackling priority 1.
Posted by Unknown at 09:15 No comments:

The state of Westerleigh Road between Wot Nots and the Shire Way has been a growing concern for local people. Patching is to take place late September/early October from Nibley Lane to The Old Parsonage. This is to rectify the two trenches that are causing significant problems.

Westerleigh Road, from Shireway right through to the Kidney Hill junction, has been added to a surface dressing programme which will be carried out in the summer of 2014. In order for this to take place they will have to first carry out extensive patching work in the following locations.
This work will be carried out in the 2013/14 financial year.
Posted by Unknown at 09:15 No comments: 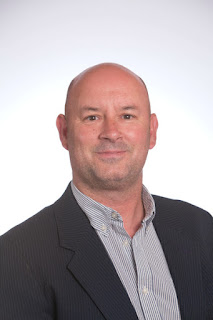 Pete is a leading member of the Police Authority and is a former Police and Military Police Officer. He will use this experience to deliver safer streets here in South Gloucestershire. His priorities include:
Protecting frontline police services
Effective community sentencing that cuts reoffending and delivers a benefit for local people
Better support for victims of crime

You can find out more about Pete on his website.

His main opponent is the former Conservative Leader of Somerset County Council. Somerset councillor Sam Crabb said, “Our police are too important to put in the hands of a man who cut funding for Police Community Support Officers and who tried to close vital local services like libraries.”
Posted by Unknown at 10:30 No comments:

Merlin Housing Society has teamed up with Clean Slate to help local people get back into work. Clean Slate will be at Juice Community Project, 56-60 Newton Road, Cadbury Heath, BS30 8EL every Tuesday from 11am to 4.30pm. Register as a member to get access to the internet (with support) and advice and training on job seeking, interviews and planning your next steps. Find out more at www.cleanslateltd.co.uk or call Ty Kurn on 07530 064041.
Posted by Unknown at 09:15 No comments:

The Inspector's preliminary findings on South Gloucestershire's Core Strategy have been published on the South Glos website. You can read the Council's press release or read the inspector's report online. He has not asked for Woodlands Farm or Engine Common to be included as development sites.

Council officers will now begin preparations for a six-week consultation on the proposed modifications, expected to start in early October. The results of that will be considered and reflected in the Inspector’s final report later this year. We'll update you further when we know more.
Posted by Unknown at 20:08 No comments:

At a special South Gloucestershire Council meeting this week, your Focus Team councillors voted to safeguard youth centres in the most deprived areas and still make funds available across South Glos to help communities provide for young people. The issue was originally discussed by the Council's Children and Young People Committee on 25th July but Conservative councillors then referred it to a meeting of the full council.

Speaking afterwards, the Lib Dem Children and Young People spokesperson Cllr Ian Blair said: "Under the Conservative proposals, no youth centre in South Gloucestershire would have been guaranteed to continue. We've safeguarded centres in the most deprived areas and have made funds available to communities across the district to decide what works for their communities, what their young people want."

One youth centre will be provided as a council service in each of the six Priority Neighbourhoods and a further £437,700 will be available for youth services in other areas.

After the Liberal Democrat motion had been passed by Council, the Conservatives tried to amend it further, to move £100,000 away from support for vulnerable young people including young carers, and towards Conservative wards. Cllr Ruth Davis, leader of the Lib Dem group was appalled. "This is playing politics with young people's expectations and the council's very limited resources."

The final outcome is a balance between support for Priority Neighbourhoods and targeted services. Some Council Youth Service provision has been maintained, strategically sited across the authority, and the Area Forums have been given some money with which to support youth services in their area.

Your Focus Team is pleased that the decisions on how to spend the money will be made locally at the Area Forums. It's vital that local people, organisations and Parish Councils give their support to make sure our young people have the services they need. Speaking during the debate, local councillor Pat Hockey said "Of course we have vulnerable people in all communities, so we must keep all the youth centres open - hopefully the councillors here go back to parishes and communities and say 'come on, get up, let's keep these clubs open'."

Locally, we will be doing just that. Later this month, Pat & Dave Hockey and Claire Young will be attending a meeting with youth workers at Fromeside Youth Centre. Parish Councillors from Frampton Cotterell, Westerleigh and Winterbourne have also been invited. Get in touch if you would like to be involved in helping our young people.
Posted by Unknown at 18:56 No comments:

The police were called at about 11.30pm by a householder who said they were alerted by an alarm and had seen people outside. Units who were patrolling the area responded immediately, supported by the force helicopter, and were already searching by the time of a further call reporting intruders in a nearby garden. Four men were later arrested on suspicion of burglary and further enquiries in the area led to the recovery of a van which had been stolen from Bradley Stoke in August.

Yesterday the men were released on bail pending further enquiries. Anyone with any information which could help the police can get in touch through their website or by ringing 101. Alternatively call the independent charity Crimestoppers on 0800 555 111. They never ask your name or trace your call.

For more home security advice visit the Avon and Somerset Police website  or contact your neighbourhood team by calling 101. You can also find out the latest from the Frampton Cotterell beat online.
Posted by Unknown at 09:19 No comments:

...our great outdoors by going on fossil forays or star gazing?
...our fantastic local food?
...our rich heritage, from Rolls Royce to Ram Hill Colliery?
...your creativity, with Chinese origami or writing "flash fiction"
...what's going on in your local area for older people?
...events for all ages, including Discovering Dinosaurs workshops?

Discover is a new festival of over 200 events being held throughout South Gloucestershire between 6th September and 4th November. It brings together a number of different events including the Celebrating Age Festival, Active Mind Month, South Gloucestershire Taste Festival, the Out and About in Nature Programme and Heritage Open Doors. You can find out more online.

Most events are free and are able to be booked on line at http://www.discoversouthglos.eventbrite.co.uk/. Why not see what you can discover this autumn?

The date of the Frome Vale Area Forum meeting originally scheduled for Thursday 6th September has been changed. It will now be held on Thursday, 20th September, 2012 at 7pm at Frampton Cotterell C of E Primary School.
Posted by Unknown at 12:15 No comments:

Have your say on Parish boundaries

South Glos Council is asking people in some parts of our area for their views on possible changes to Parish boundaries.

The proposals in our area are:
You have until 12th November to have your say. In some cases, local people might support the idea of a change being made but think that the change should be made differently. If necessary, a further consultation will be carried out.
Posted by Unknown at 09:00 No comments:

South Gloucestershire Community Learning Service is offering a range of FREE part-time courses in community venues to help you gain a qualification, improve your job skills, help your children's learning or get more involved in the local community. The courses are aimed at people aged 19 years and over. You can find out more in the online prospectus.
Posted by Unknown at 10:30 2 comments: